Just so you know, this post may contain affiliate links. Meaning I receive commissions for purchases made through those links, at no cost to you. You can read my disclosure policy for more info.

Jeff Goins is a writer, speaker, and entrepreneur. He is the best-selling author of five books, including The Art of Work and Real Artists Don’t Starve. His award-winning blog Goinswriter.com is visited by millions of people every year. Through his online courses, events, and coaching programs, he helps thousands of writers succeed every year. Jeff lives with his family just outside of Nashville, where he makes the world’s best guacamole. Learn more at https://goinswriter.com/.

Today we’re talking about content creation with Jeff Goins, he was one of our fantastic 2020 Summit speakers. And this one tid bit has stuck with me ever since…

Remember if you want to make sure you get notified when registration opens for the 2021 Summit, be sure to joining the Blogger Breakthrough Summit newsletter and the link to that is included in the show notes.

[00:00:40.500] – Jeff
So if you’re not getting ideas, you need to slow down. You need to go for a walk, you need to workout, take a shower, step away from the technology, leave your phone for a minute and just move because ideas will come.

[00:00:55.200] – Jeff
So it’s about capturing ideas. And for that, I use what I call the three bucket system, three bucket system. You can Google it. I did a thing with Evernote on it a while back. Very simple productivity system for writing. I’m not real into systems and formulas, but this is a thing that I found. I was just sort of doing. So I kind of codified it, called it the three bucket system. So basically content creation writing is three things, not one things.

[00:01:21.120] – Jeff
And when you’re struggling with writer’s block, it’s because you’re trying to do all three things at once. So it’s coming up with ideas. It’s drafting those ideas into something readable and then it’s editing it into something publishable. Right. So it’s ideation coming up with an idea, writing and then editing. So it’s good, right? Yeah. So most people go, they sit down. They’re all right.

[00:01:45.210] – Jeff
I saw this thing on a Blogger Breakthrough Summit. I’m going to do this thing now and I sit down at six a.m. and they go, idea, idea, idea. I don’t know. And this idea and they start I spent 20 minutes doing that and then they write. I feel bad about it’s not very good and you know type, type, type, delete type type type delete.

[00:02:01.810] – Jeff
Typically it’s a lot of pressure. Right, for it’s like here’s a canvas fill this canvas is something beautiful and sell it by noon. And so I use what I call the three bucket system, which means I’m always capturing ideas. So I just wrote an idea down. So that’s my rule. My first rule is you get an idea, you write it down. It doesn’t matter where you are, right. You’re at your kid’s recital, you’re at church or synagogue or whatever.

[00:02:28.210] – Jeff
You you write it down and then you go back to being present for that family dinner or something. And I get an idea. Go hang on one second type, type, type. Just a word or a sentence, not five hundred words, I capture the idea. Then I have a meeting with myself every morning to write for about an hour or two. And then I take one of those ideas out of my idea bucket and I put it into my drafts bucket. I write five hundred words on it, then I stop at about five hundred words.

[00:02:53.850] – Jeff
I save it and I put it into another bucket. Then I use just a tagging system on Bear that allows you to very easily go, OK, this is in drafts now. It’s you know, this is idea bucket now it’s in drafts, etc. and then I will take something out of my drafts bucket that I wrote a previous day could be yesterday or

two weeks ago or two months ago. And I edit that and get that ready to publish.

[00:03:16.560] – Jeff
And sometimes I’ll do this. I’ll come up with an idea on Monday. Right. And then Tuesday I’ll draft it, and Wednesday out of it. But meanwhile, I’m doing I’m doing other things. And so the system is not about writing something, editing and getting it ready to publish. It’s about always having ideas and capturing those ideas. I’ve got a bucket full of ideas.

[00:03:37.140] – Jeff
It’s about taking those ideas one, one at a time and drafting them into something. So I’ve got a bucket of drafts and then it’s editing those and getting them ready to publish. So I have a bucket of edits.

[00:03:49.200] – Jeff
And so at any time, I sit down, I’ve got something to work on and my job writing every day is not about coming up with some staggering work of genius. It’s just about moving something from one bucket to the next. So as long as I’m capturing ideas, I’ve got ideas in my idea bucket. As long as I’m moving one idea to the draft bucket, one draft to the edit bucket, I’m doing my job.

[00:04:10.650] – Liz
Yeah, and I like the idea of the buckets because if you’ve got multiple things in each bucket, then you don’t have to worry about being consistent. You’re going to manage it.

[00:04:20.100] – Jeff
You never have to worry. If you do this, it’ll take three days. You’ll never have to worry about what to write again. Day one, get a bunch of ideas. Stop. Day two. You’ve got ideas. So now you you you draft some things and I’ve got two buckets. Right. You’ve got a couple of ideas in your idea bucket and now you’ve got something in your draft bucket. You stop. That’s day two. Day three, you’re still getting ideas and I get more ideas in idea bucket.

[00:04:45.540] – Jeff
You take your draft and you edit it and then you go back and you take one of your ideas and you draft it again. Now you’ve got something in all three buckets and now the game is just to keep buckets full.

Okay just to recap, the 3 bucket system has a bucket for ideas, one for drafts, and one for editing and I hope this helps you with your content creation. Be sure to join me next week when I’ll be sharing a snippet from Emma Lee Bates 2020 Blogger Breakthrough Summit Session, on how to write bullet points that convert. Have a great day! 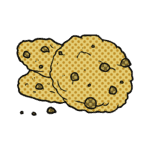